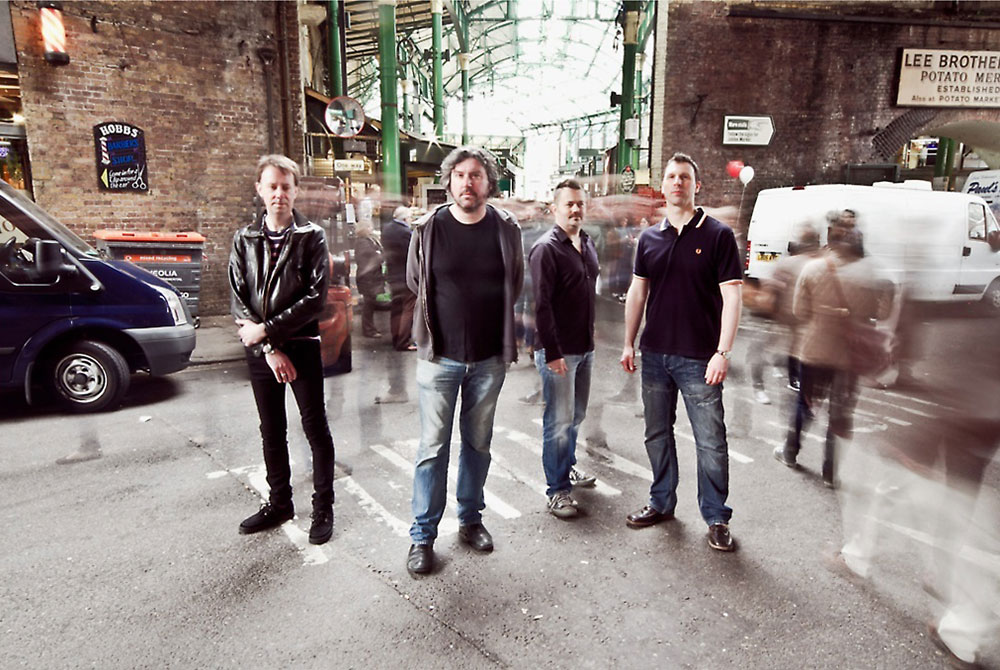 Collision Music started life in 1989 in the Medway Towns, born of a need to give a base to indie/alternative music to an area already renowned for the success of the 60’s influenced sounds of The Milkshakes, The Prisoners, The Dentists, The James Taylor Quartet and The Claim, there was a need for another outlet.

As a label, through the 90’s, we were involved in releasing music, promoting venues and club nights as well as being involved in the early years of music blogs with Freebase.com. The main acts released in the early years were The Love Family, Somersault, Spawn and Fortune West. The releases were all comprised of 7″ and 12 ” vinyl, a number of which received airplay on Radio 1 evening sessions and good coverage across the national music press, most notably for The Love Family who went on to tour around Europe having released two 12’s and a 7″ single on the label. Unfortunately, the band took a break during the recording of their debut album in 1995 and entered a long period of hibernation. In 2001 the label took it’s own break as we all had other projects to work on.

Now, a decade on, and relocated to Reading, the label has been resurrected in 2011 by founder Mark Wrangham and Producer Tom Anderson, this time with our own studio, offering complete control over the creative process. The first offering was from Reading based Americana outfit Jack Cade and the Everyday Sinners in the form of the bands debut album ‘This Fiery Road’. Closely followed by releases for Steve Morano, his single ‘Donna’ receved over 250k hits on YouTube, and the final emergence of the debut Love Family album ‘Out Of Reach’ in 2012.

2013 has been a busy one and we’ve drafted in the production talents of Bob Bloomfield (Does it offend you, yeah) to help deliver a long list of releases throughout the year by the above artists and a couple of new artists added to the roster.

During the labels life, from the very first release to the present day we have used Graham at Cyclone for all our mastering and production, whether that be for the Vinyl releases of the early years through to CD mastering and production and digital releases of the present crop of artists. Graham brings a great ear, attention for detail and knowledge to the art of mastering and we are always blown away by the subtle enhancements brought to the final delivered tracks. Add to that the competitive pricing and great delivery schedules, why would we go anywhere else.