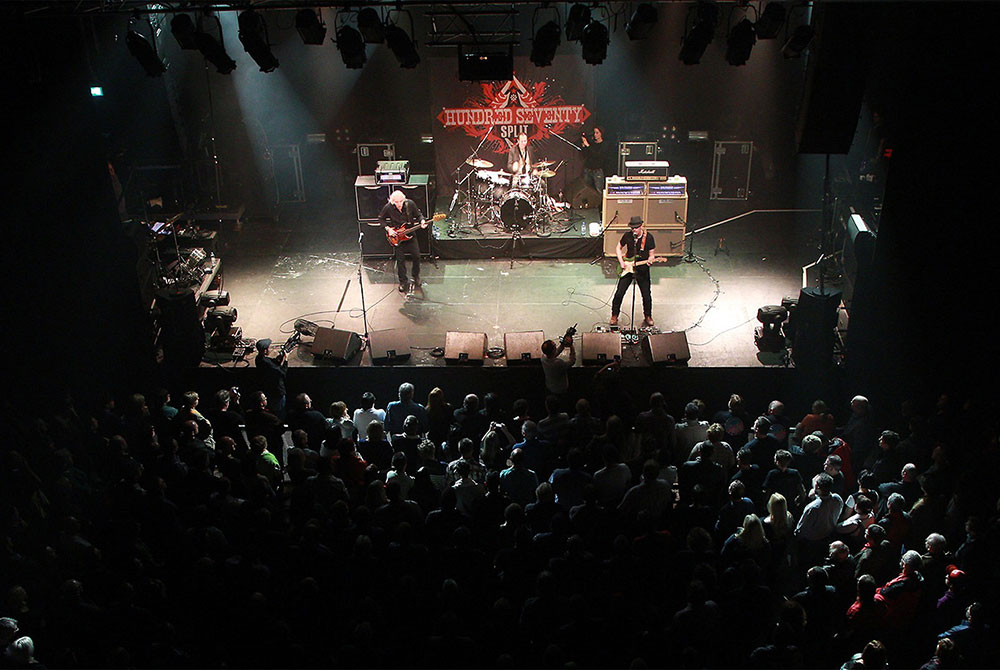 Bass player Leo Lyons from the legendary rock combo Ten Years After talks about his early career with the band and a new record from his latest act – Hundred Seventy split.

“Ten Years After is probably best remembered for the bands performance at the historic 1969 Woodstock Festival and featuring in the subsequent film of the event. Original guitarist Alvin Lee sadly passed away in March 2013 and will be missed, as Alvin and I started out together and shared many of life’s experiences, he was like the brother that I never had. After many Gold and Platinum Albums and thousands of concerts under our belts TYA is still going strong and, with the addition of new guitarist/vocalist Joe Gooch, the three original members are still touring and have recorded three new CDs.

Aside from my career as a bass player I have done many things since starting out on my musical journey way back in 1960. I am a recording engineer and record producer and was studio manager of Wessex Studios, London in 1975. I have also owned my own studios. Songwriting is also a passion and in 1998 I moved to Nashville where I was a staff writer for a country music publisher. I lived and worked in Nashville until 2011 before moving back to my now European base.

I first worked with Cyclone back in 2002 when my own label Corner House Records re-released the CD ‘Tough Trip Through Paradise’ – a solo project that I did with rock band Kick which was first released ten years earlier in the 1990’s. Graham at Cyclone was very helpful in putting together the re-packaging for me. The CD pressing was excellent and the delivery spot on time. Since then I’ve worked with Cyclone on releases with my new project ‘Hundred Seventy Split’ http://www.hundredseventysplit.com

HSS is a three piece Blues/Rock trio featuring  guitarist/vocalist Joe Gooch, Damon Sawyer on drums and myself on bass. Joe and I still work with TYA but we wanted to do something different that rocks outside of the TYA box. Don’t get me wrong, I love playing with TYA and I always enjoy playing the old songs that people still want to hear. However, that leaves no room for new material – hence the new project.

We are now mixing our second studio album called simply ‘HSS’ ready for release in October to be followed by a European tour in November and once again Cyclone will be taking care of the CD and vinyl manufacturing. The vinyl pressings of the last record were superb thanks to Graham and his team.

I have been in the music business for over fifty years now and have never lost any enthusiasm for what I do. Success doesn’t come easy and there have been many ups and downs since the early days. If I were asked to give advice to someone starting out in music today, I would say ‘Believe in what you’re doing, be prepared to make sacrifices and never give up. That way you will eventually succeed in realising your dreams.”