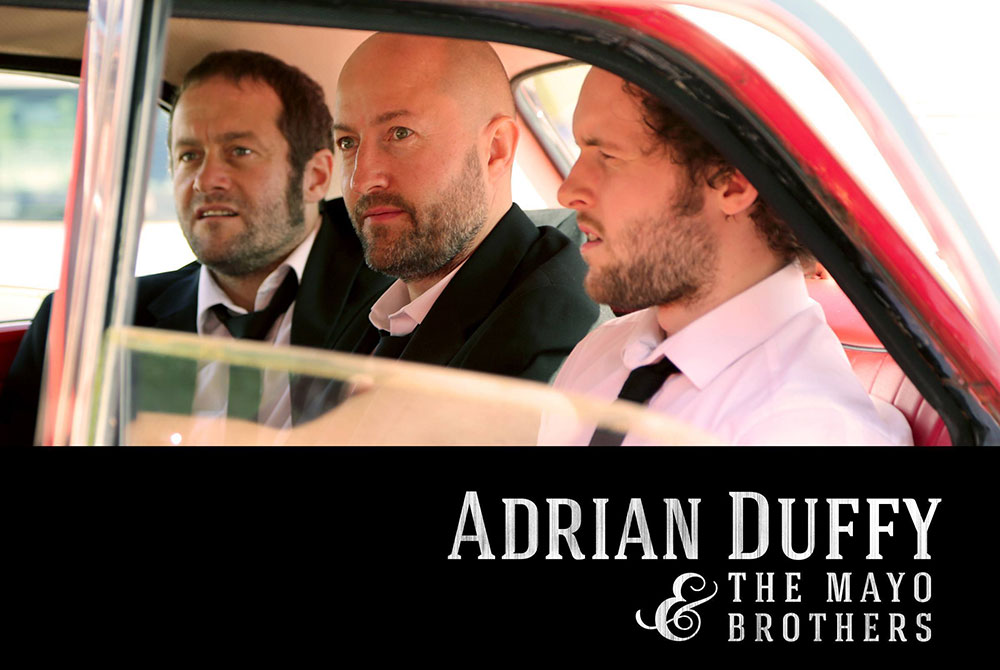 SR Records is a small indie label run by Adrian Duffy and his two brothers Chris and Melvin, which over the past 15 years has drifted around various bedrooms, business units and full blown studios in SE England.

“As with most indie’s we have had some pretty wild swings of fortune, taking in performances as varied as Glastonbury, CBGB’s, Ronnie Scotts, Liverpool Philharmonic and getting to work with the likes of Robbie Williams, Jimmy Nail and Mike Scott & The Waterboys, to the lows, wondering is this now a good time it time to jack it all in!

It is so important then, that when it comes to a release, that we get a product out there that doesn’t just sit well with those coming out from the bigger indies but is both better than that or those from the majors.

Of course we only have ourselves to blame if the songs not up to much or we didn’t handle the recording with due care and attention, however it’s only these past 2 years that we’ve at last found in Cyclone Music and Graham Semark a match for our enthusiasm for getting as close to perfection as possible.

Graham’s mastering abilities and subtle touches are brilliant to hear and this guy will go that extra mile to make sure what you physically receive is either exactly what you asked for or beyond your expectation.

All told the past 12 months have been pretty good to us, what with two EP’s released and an award for “Irish Radio Artist of The Month” from IASCA for Everytime The Love Strikes, as well as 7 weeks rotation on RTE Radio 1 and a considerable number of plays on BBC Radio 2, Scotland, Ulster, Wales and many of the BBC English Regions all in no small part to the Cyclone Music midas touch!!

From CD’s hitting radio producers desks to punters buying CD’s at gigs … we know we now have a wow factor!!”

The new EP from Adrian Duffy and the Mayo Brothers ‘Someone Like You’ is due for release on November 17th 2013.