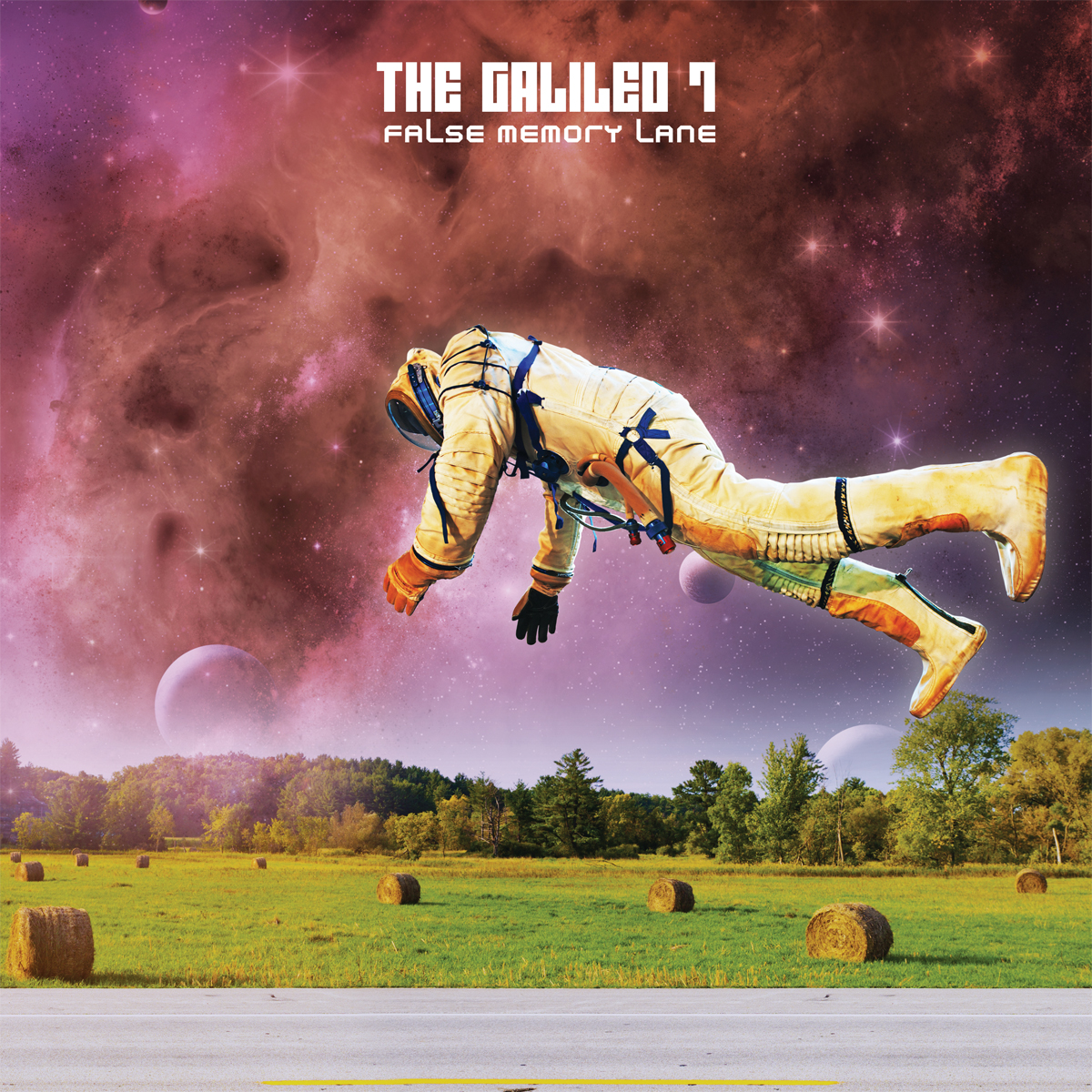 Allan Crockfords ‘The Galileo 7’ have a new album now available on CD and vinyl, with the vinyl package including a free bonus CD and download card. The new LP is one of a collection of vinyl titles being manufactured by Cyclone this month. All of the tracks were mastered by Graham and Allan at Cyclone’s own mastering studio earlier in the year.

‘False Memory Lane’ is the 3rd album by The Galileo 7 and is available on their own False Paradise Records label. It is available on vinyl, CD and download… but we say get the vinyl. It will come with a bonus CD featuring 3 extra tracks and download codes.

As a member of such semi-legends as the Prisoners, The Solarflares, JTQ, Thee Headcoats (amongst a much longer list), Allan Crockford played an important part in establishing the Medway area’s reputation as a hotbed for spirited, uncompromising garage rock with a strong DIY ethic. Playing with such Medway notables as Graham Day, Billy Childish and James Taylor, his reputation was as the reliable sideman for more flamboyant figures. After finally realising that songwriting wasn’t one of the dark arts, he recruited some of Medway’s least annoying musicians and formed The Galileo 7 to play some of the songs he had been storing up for a few years.

The Galileo 7’s sound leans in a more pop-psych direction than some of Allan’s previous rougher-hewn combos. While the sound still has the trademark gritty guitar, saturated organ, drive and energy of those unashamedly garage-rocking outfits, the new album tips the balance further towards crafted songs and harmonies. If you want a convenient (but probably misleading) label, maybe ‘garage-pop’ will suffice. If you demand unhelpful and inaccurate reference points before you listen to new music, think late-period Soft Boys, Dukes of Stratosphear, The Nazz and any number of bands who went a bit psych and wobbly in 67 than got back to making pop songs when the stuff had worn off a bit. Chuck in a bit of late ’70’s new wave and a Children of Nuggets boxset and you’ll be halfway to getting the wrong end of the stick. This new collection covers such subjects as self delusion, hubris, conspiracy theories and getting old – all in the form of the uplifting 3 minute pop song.

Buy the vinyl – you’re eyes and ears will love you for it.