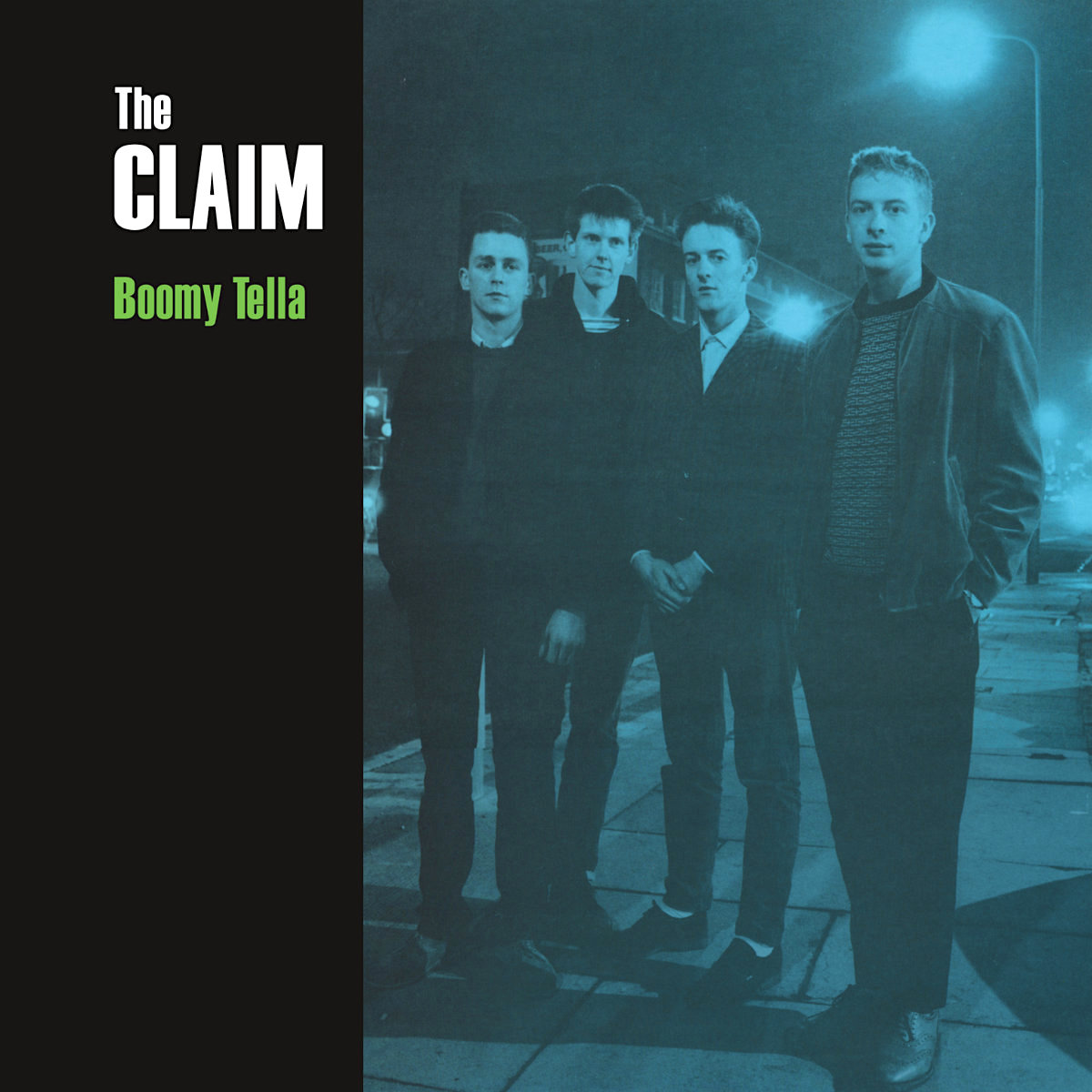 Originally recorded on 16 track analogue tape, Boomy Tella was The Claim’s second album and third release. The LP was produced by Medway music’s golden thread, Jim Riley and accomplice John Pritchard at the infamous Red Studios in Wouldham Kent. From start to finish the whole project was recorded and mixed over seven days and first released in the early spring of 1988 on new independent record label Esurient Communications.

After putting out a collection of further singles, including a release on Ulrich Hoffmann’s A Turntable Friend Records the band finally called it a day it January 1993. After a 16 year hiatus, The Claim released the retrospective compilation ‘Black Path’ on Cherry Red records – finally a digitised recording!

It would be over nine years before The Claim and Ulrich Hoffman would work together to release a new album at which point Ulrich took the opportunity to re-release Boomy Tella, with the boys calling on Cyclone to digitally re-master the original analogue recordings for a new vinyl and CD release in January 2019.

The brief was simple!… “We wanna keep the warmth and guts of the original recording, but make it big and loud like a modern CD release”. Okay, let’s line up the Studer and set to work… The project first involved ‘baking’ the original quarter inch stereo masters, before transferring the audio onto Cyclone’s Sadie DAW in the CD mastering studio.

This would be the first time that the tapes had been played for nearly thirty years and the guys in the band were instantly transported back seeing the big tape machine churn out the tunes after three decades in the archives!.. “It was a real treat to hear the energy and power captured in the original recordings, especially knowing that it was recorded in a small studio with limited facilities”. With the newly digitised 96K, 24BIT audio safety in the editor, the next challenge was to choose which tracks NOT to put on the vinyl…

Released as a limited edition 12” gatefold on gorgeous green vinyl. The record includes liner notes from guitarist David Arnold, all lyrics and a download with 4 bonus tracks. Available now at https://aturntablefriendrecords.limitedrun.com/